Eek! They Stole My Business 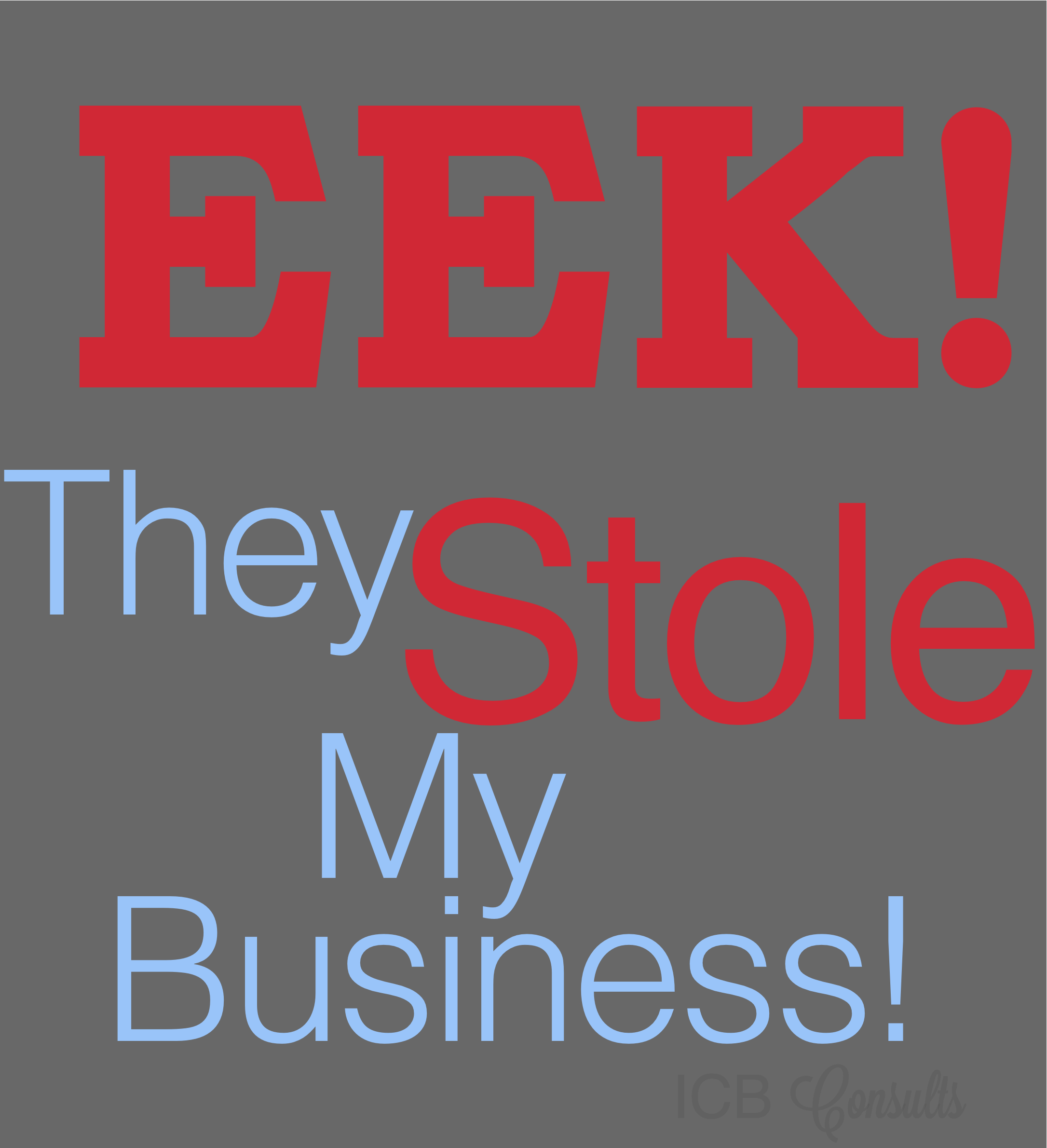 I never thought my Consider Me Inspired post would start the type of dialogue that it did. With readers comments, Twitter and other social media,  my post began an amazing discussion about stealing content, ideas, and products. After I wrote my article, a fellow entrepreneur reached out to me. They wanted to share the tragic story of what happened to them, which can be found in what follows.  I also want to share a link to my friend Wendy’s story. Wendy created a rings that were stolen by Topshop. It was a nightmare for her, so from her story and this one, we can see that this is something quite serious. Read her story (here). I look forward to reading your comments.

The story you are about to read is true. The names of the individuals and their companies names have been changed to protect all that are involved.

In 2011, it was a whirlwind of a 3rd/4th quarter. My business was on the verge of turning 2 and I was approached by someone who wanted to invest in my business. Before I started my business, I worked in the corporate world. I had been threatened with a company buy out in December of 2010. The purchasing organization told me I would be able to keep my job.

It was shortly after May when I sent a package to a customer who fell in love with my hair extensions. Immediately, I was offered an opportunity to team up with this person. Later I would learn that I would be traveling to LA during fashion week to do two events for my business. I would also learn that my position had been filled after returning from LA (2 weeks after I returned to be exact). The partnership I had with the person that flew me out to LA was very short term, only a few months.

LA was great. I began relationships with people that I still sustain to this day and I’m so grateful for having the opportunity. When I was laid off, I was thrown into my hair extension business full time. I had no idea what I was going to do without any money, so I hit up all the resources I had (savings, 401k) to at least carry me through to the holiday season. Everything seemed to be okay, until a company Fab Haircare Extensions was not only naming their products the same as mine word for word, but the product was exactly the same. Initially, I had no idea this brand existed. Friends were sending me messages, alerting me to what they saw and what had happened. I was devastated. Here I am, at what seemed to be a bittersweet moment in my life, having the security of the little income I had be threatened because someone wanted to copy things to the T. I was upset. Not knowing any better, I went on Twitter and expressed my hurt. I never named the company publicly, but the company (I’m guessing it was a guilty conscious), somehow acknowledged my frustrations by defending themselves. In other words, they told on themselves.

Shortly after, they changed a FEW things to make it as though they did not copy anything from me. I ended up with a bigger issue on my plate, right after that happened. A major brand, Lavish Long Extensions, claimed that I copied their packaging design. I have the most generic packaging and a major brand such as theirs, can have anything custom made.

When Angela was being styled by someone (the person that sent me to LA), they were accompanying her to meeting with Lavish Long Extensions (when she was still a spokesperson for the brand). We had both forgotten that I was asked to send a package to Angela’s home. Lavish Long Extensions had a meeting with Angela and her hair stylist and saw my extensions there! Not only were they out and visible, but Angela was wearing my stuff! Naturally, the Nicki team was offended by this and had to find SOMETHING to pick at and so they said my packaging for the product has the same shape. *eye roll*. My short-term investor was told that this was a conflict of interest on his behalf and was told he would have to sign a confidentiality clause (he hadn’t signed one before). He didn’t want to go to court with Charles Jacobs over ANYTHING and I don’t blame him and so I was like, let’s just end working together, because clearly, Lavish’s was acting like he was passing along critical information to me and he NEVER did.

So, you lump the Lavish’s disaster together with the Fab Hair Care disaster and you get a depressed girl. Some months pass, the holiday comes around and I’m wrapped up in all this drama. In January of 2012, I think that was around the time I found out about HairQueen. I checked out her website. She had used my photo’s from a shoot I paid for and she even took my FAQ word for word (who does that?), but that was about the most she had done. Because she is part of “Elite Twitter” they hyped her up and she had sales through the roof. I felt like I hadn’t really accomplished anything. She was live with her business just a few short months and was posting pictures of packages just lining her furniture that needed to get shipped out! I couldn’t figure out what I was doing wrong.

I made a phone call to Rebecca Poutini, and talked it out with her. She’s like my go-to for when things get bad. She’s like a business fairy godmother. Seriously. I told her what was going on and she told me to just keep doing me and to not pay so much attention to what other people were doing. I was okay after that talk and I let all of those things that were happening go. I still had customers and that’s all that mattered.

Fast forward to the summer of 2012, I was getting ready to quit my business. I wasn’t making any money and I just couldn’t continue. Luckily, I didn’t quit and kept going, but I was really close to throwing in the towel. Then Happy Hair comes along. She gets featured in Instyle Magazine, which is how the company came to my attention. I checked out her website. Again, same products, my pictures, phrasing the same in description of products, FAQ taken word for word…. I got tired of this cycle. So, I reached out to the owner. I told her that I saw her feature on Instyle and congratulated her. Told her that she was poised to have great success, etc. It just got the point where I was tired of feeling like I was in a battle all by myself and the least I could do, is reach out to those who felt “inspired” by the foundation I started. As you may/may not know, around the holidays last year, she got into it with a customer online. It became this huge ordeal and then I thought, “why did I reach out to her?” I almost felt silly for somewhat associating myself with someone who would act this way with a customer and publicly! Since then, she’s had another public fallout/issue with a customer just a few months ago. It is bizarre! During the entire mess that was going down on Twitter, people were fighting like cats and dogs! “Well, that’s why I shop from Love Luxurious Extentisons because I don’t have these problems” etc. I sat on my hands, never Tweeted a single word other than a thanks to those that shouted me out. In a surprise turn of events…. HairQueen tweeted me and was like, “Erica was who I looked at when I started my business.” NO! You don’t say??? Now, you finally admit it, almost two years later, that you basically copied from me!!! You could have done this when you first started and was getting all the business!

And finally, throughout all of that, there was a vlogger who has reviewed my products several times. She began selling products (Lavish Luxe Extensions) of her own and she asked me where I purchased my labels. I told her and little did I know, that she would not only photograph her product images the same as I, she would go on to design her labels the exact same way! (my labels have a top view of the product, like the pictures are online with the product name, and so on). The exact same way. I never said anything but I was upset. I always tell people where I order my labels from, because you’d think that they’d never design them the exact same way you do yours! Who does that???

It’s just amazing how these things happen and people see it and as a business owner, you want to say something, yet don’t. However, Everyone is thinking the same damn thing. We know you stole/copied from this person, but they support the copiers anyways. It’s amazing, I tell you. What I’ve learned to do, after experiencing all of this, was to keep tunnel vision. I stay focused on me and my business and I look at more high end brands that I’d like to be like one day. I’m not here to copy from those brands, but just to see their business acumen, how they market, and of course, how they are getting the sales for their high end products. It’s a process, and no one wants to go through it. It’s almost like a short cut. I say this often, but it’s true, accessibility is killing the game. It is so easy now to get your hands on things to make jewelry, body products, clothing, etc, that there is a trail of copy cats who want to seize the moment away from you.

A great example is Melody Ehsani. Her tiger necklace, earrings, etc, were the most knocked off jewelry design of 2012. She has since began copyrighting her designs, so if you knock off anything else, you could possibly get sued. That was a solution. Another example? Louis, Prada, Chanel, etc… all those cool and fancy hand bags women love that get knocked off every time there’s a new design on the shelves. The company still does so well and why? Because at the end of the day, people would rather have the real thing. They want QUALITY. Cheap is cheap. You can tell cheap from a mile away. So, I’ve had to go into a thinking very much like a big successful brand. Even though I’m not big, I am successful. I had to stop worrying about what was happening with the copy cats and people beneath me and just keep moving on with what I know how to do and that’s make a good product. 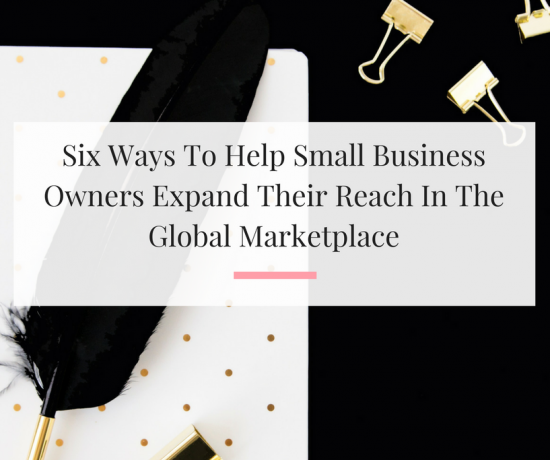 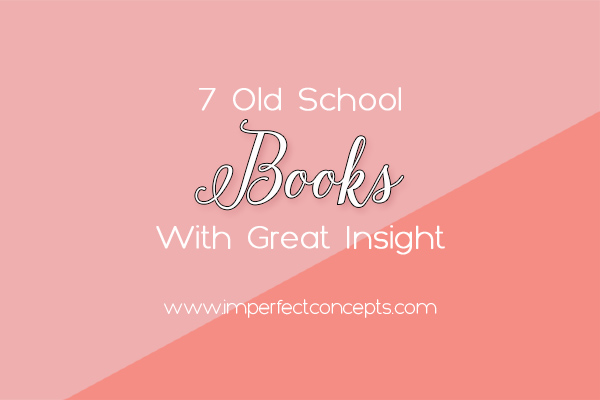 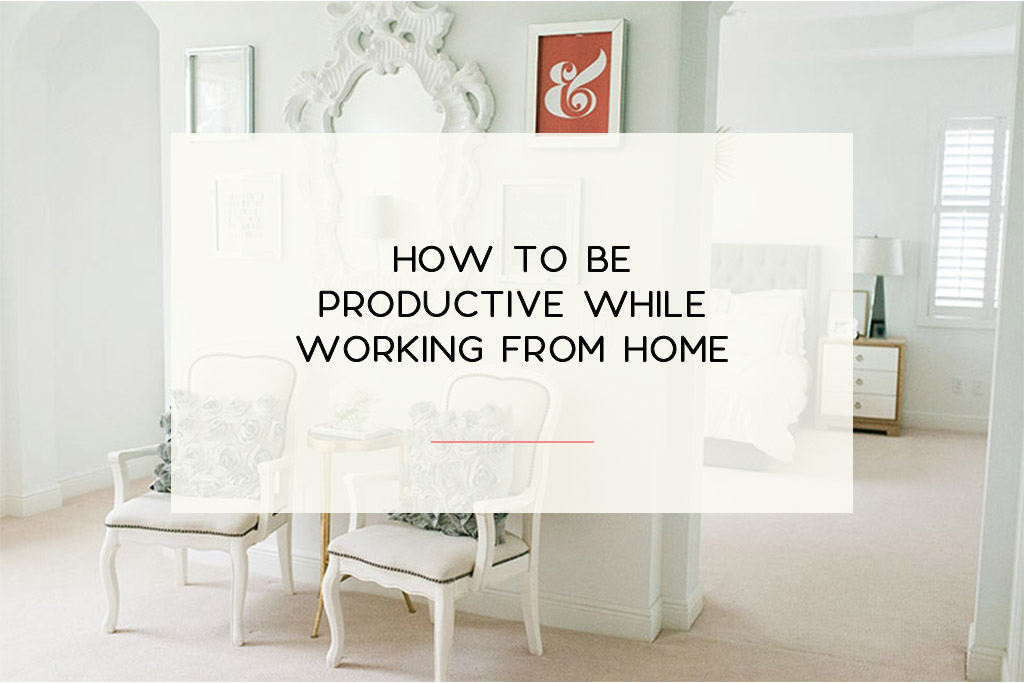 How To Be Productive While Working From Home